What is ClickHouse? Leverage ClickHouse to speed up your data analysis

ClickHouse* is a open source column-oriented database management system designed primarily for the use of online analytical processing (OLAP).

In June 2016, the project was made available as open-source software under the Apache 2 license.

What is ClickHouse good for?

You might be wondering what ClickHouse is good for and why use a column-oriented database?

Data is simpler to compress since it is read in packets. It's also easier to compress data in columns. This decreases the I/O volume even further. More data fits in the system cache as a result of the decreased I/O.

ClickHouse works 100-1000x faster than traditional approaches, according to ClickHouse's official data. And, it can process over a billion rows and tens of gigabytes of data per server per second.

When to use ClickHouse

As a typical OLAP engine with column-based storage, ClickHouse is suitable for scenarios that satisfy the following requirements::

You need to be cautious when it involves the following:

Let's take a look at the architecture of ClickHouse.

ClickHouse is using shared-nothing architecture in which the computing resource and the storage resource are tightly coupled as shown in Figure 1: 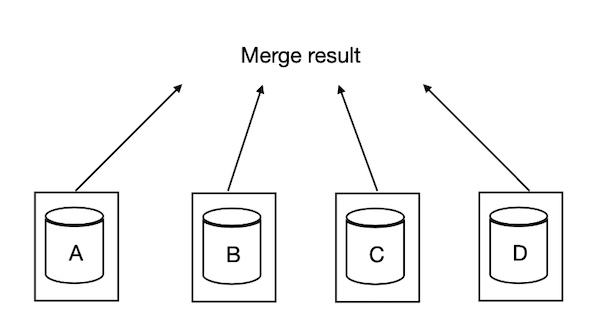 Each machine has its own data and the data are not shared across different servers. The shared-nothing architecture has its pros and cons.

The advantage is that it's super fast because of local access. In theory the limitation can only be the hardware resource of servers. However, this architecture has two major disadvantages because the computing resource and the storage resource are tightly coupled.

For example, when we don't need some computing resources, we still need keep these servers on in order to make the data on them available unless we copy that data to other servers. The data copy cost can not be ignored which prevents the system from scaling according to the demand.

Second, the data cannot be shared among servers, which leads to bad scalability as shown in Figure 1. If the data of one query only exists in one server, the query performance can not be further improved even if we add more servers.

At some large technology enterprises such as ByteDance, the application is expanding and changing extremely fast and we were worried about very strong requirement on cluster scaling. Let's take a look at two cases.

We need to move data C and D on the 2 servers to remaining servers in cluster 1. Then, after moving the 2 servers to cluster 2, rebalancing of data also needs be performed in order to use them. There is extra high data copy and rebalance cost on the server movement, we may miss the best time to do the cluster scaling.

The second case is shown in Figure 3. Instead of migrating servers, we want to migrate applications to from cluster 1 to cluster 2. On the shared-nothing architecture, we have to move its data C and D first and then migrate the applications. The migration cost is very high when the data size is large.

About the author: Niu Zhaojie obtained his PhD from Nanyang Technological University in Singapore. Currently, he is a senior software engineer at Bytedance and building analytics database in cloud.

*ClickHouse is a trademark of ClickHouse, Inc.

Difference between ROLAP, MOLAP and HOLAP

What are the key differences between OLAP and OLTP?